The Marriott Hotel in a Molasses Warehouse 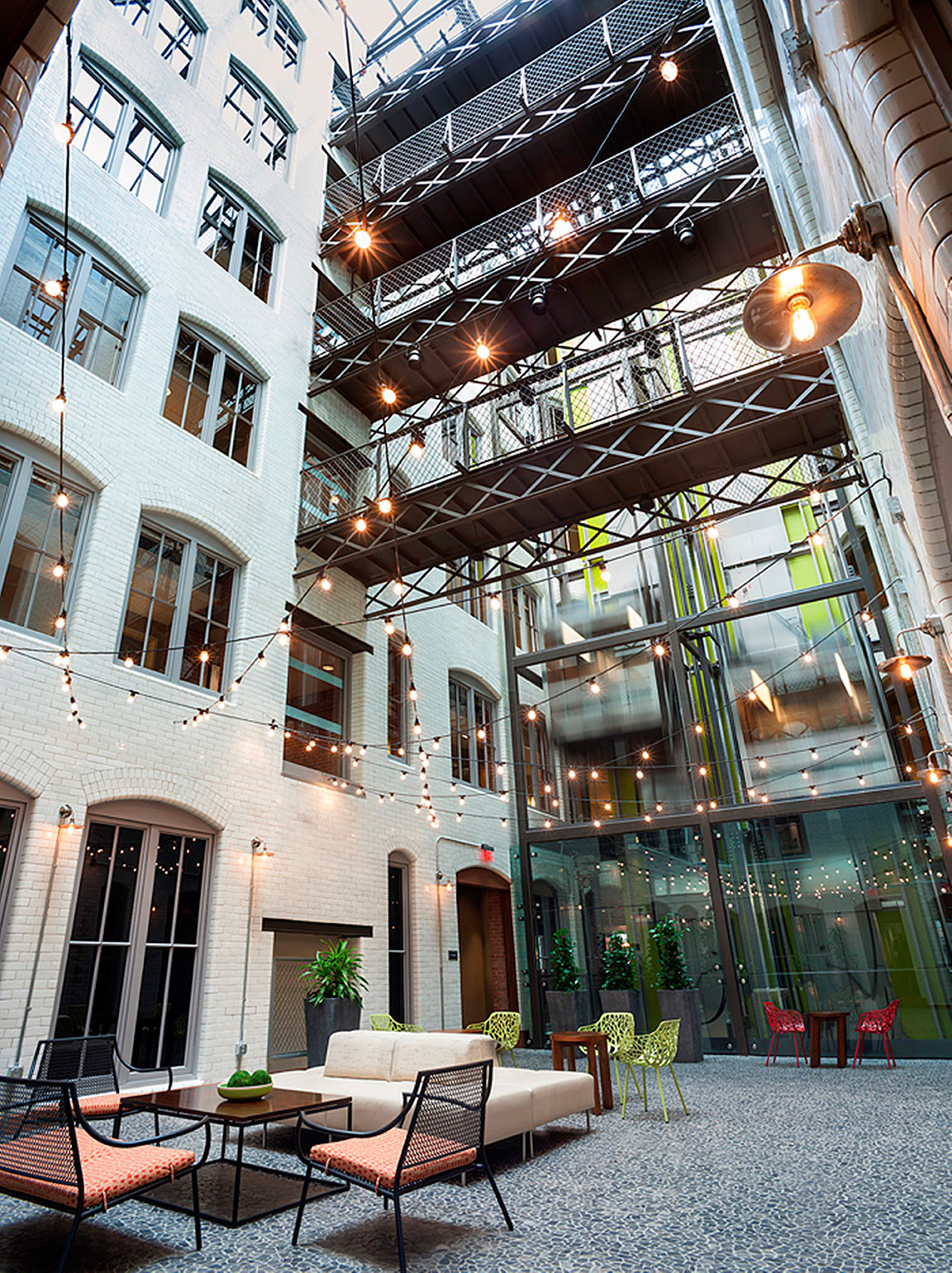 In a city as old as Boston, buildings often find new functions to perform. If we’re lucky, as with this Marriott hotel, the new owners renovate them with respect for the structure, its history and its purpose. (If we’re not lucky, the buildings are gutted and rebuilt from the studs-in with inferior materials.) One successful renovation in the Fort Point Channel District looks virtually the same from the outside but hides an historical gem on the inside.

Marriott’s Boston Downtown/Seaport Hotel on Congress Street occupies a structure that was once a warehouse for molasses and sugar. The Stillings Building itself went up on the site of a baseball field, which was in turn existed on land created from the South Boston Flats—a tidal mudflat. The Stillings Building belongs to a group of visually cohesive commercial buildings constructed by the Boston Wharf Company from the 1880s to the 1920s.